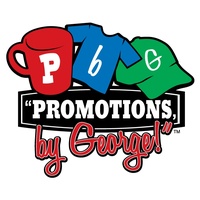 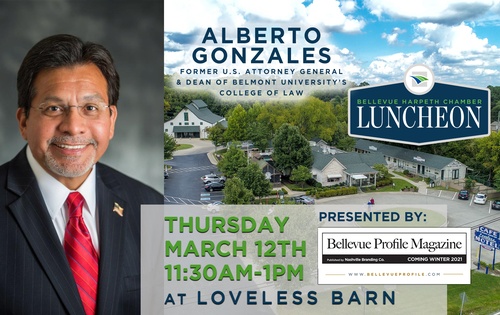 We are proud to present our Chamber Luncheon at the Loveless Barn!

Alberto Gonzales, Former U.S. Attorney and Current Dean of the College of Law at Belmont will be our keynote speaker.

After attending the United States Air Force Academy, Alberto R. Gonzales received a Bachelor of Arts degree from Rice University and a Juris Doctor degree from Harvard University. He was nominated by President George W. Bush and confirmed by the United States Senate as the 80th Attorney General of the United States in February 2005 and served in that capacity until September 2007. He has worked as a partner at a major Houston law firm (Vinson & Elkins) and held government positions as a Justice on the Texas Supreme Court, Texas Secretary of State, General Counsel to the Governor of Texas and Counsel to the President of the United States. Judge Gonzales has also served as a Visiting Professor and minority/veteran recruitment consultant at Texas Tech University.
Presently Judge Gonzales is a member of the NCAA Division I Committee on Infractions, the Commission for Uniform Legislation, and the American Law Institute. He also serves on the board of directors for the United Way of Metropolitan Nashville. Previously he served as an appointee to the Tennessee Governor's Commission for Judicial Appointments and the Governor's Management Fellows Executive Committee.