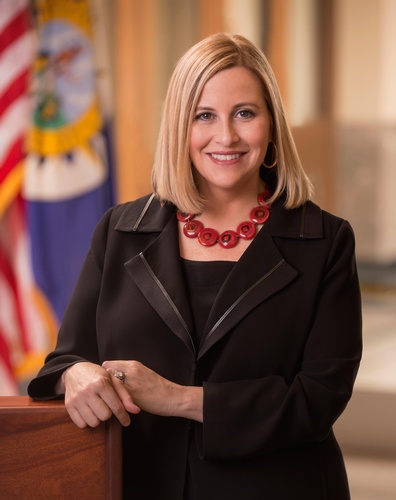 THIS EVENT IS SOLD OUT!
We will not be able to accept walk-in registrations.

We are proud to welcome Nashville Mayor Megan Barry as our keynote speaker for this event! Lunch and networking will begin at 11:30 and our program will begin at Noon. This event will sell out, so please register early!

About Mayor Barry
Megan Barry is the seventh mayor of the Metropolitan Government of Nashville and Davidson County. Her election in the Sept. 10, 2015, runoff, after receiving the most votes in the Aug. 6 general election, represents a historic milestone as she is the first female mayor of Nashville.

Barry's election is also historic in that she is the first Metro Council member to ascend to the office of mayor. First elected in the runoff election of 2007 for the position of Council at-large, Barry went on to receive the most votes of the five winning at-large candidates in 2011.

While on the Council, Barry was a leader in promoting a progressive, pro-business agenda. She created the first fair wage law for Metro employees, sponsored an ordinance to prohibit discrimination against LGBT employees, and maintained a 100 percent rating for the Nashville Area Chamber of Commerce throughout her eight-year tenure.

Barry's focus as mayor will be on improving the educational outcomes at our public schools, engaging regional and state partners to develop a unified vision and plan for transportation, creating more affordable housing options for residents of all backgrounds, and continuing to grow our economy while ensuring all parts of Davidson County share in the prosperity.

Born in California while her father was stationed at the El Toro Marine Corps base, Barry grew up in Overland Park, Kan. She graduated from Notre Dame de Sion, a Catholic girls' high school in Kansas City, and she received her bachelor's degree in elementary education from Baker University, a Methodist college in Baldwin City, Kan. She moved to Nashville in 1991 to attend Vanderbilt University. She received her MBA from Vanderbilt's Owen School in 1993.

Professionally, Barry has almost two decades of experience as a corporate executive, including several years developing and managing ethics programs for a global telecommunications firm, and most recently in the role of ethics and compliance officer for Premier, Inc., a health care company. She has also worked as an independent consultant to firms on issues dealing with business ethics and corporate social responsibility.
Barry has played an active role in civic life, having served on the boards of the Center for Nonprofit Management, the YWCA, the Belcourt Theatre and the Nashville Repertory Theatre, and as an advisory board member for the Tennessee Immigrant and Refugee Rights Coalition. She is a past participant in Leadership Nashville and Leadership Music, has co-chaired the Center for Nonprofit Management's “Salute to Excellence” event, honoring the hard work of all who serve our community, and has co-chaired the Conexión Américas annual “El Cafecito” breakfast in 2013.

Megan Barry is married to Bruce Barry, a professor of organization studies at Vanderbilt. Their son, Max, is a junior in college, and they share their home with two rescue dogs, Hank and Boris.